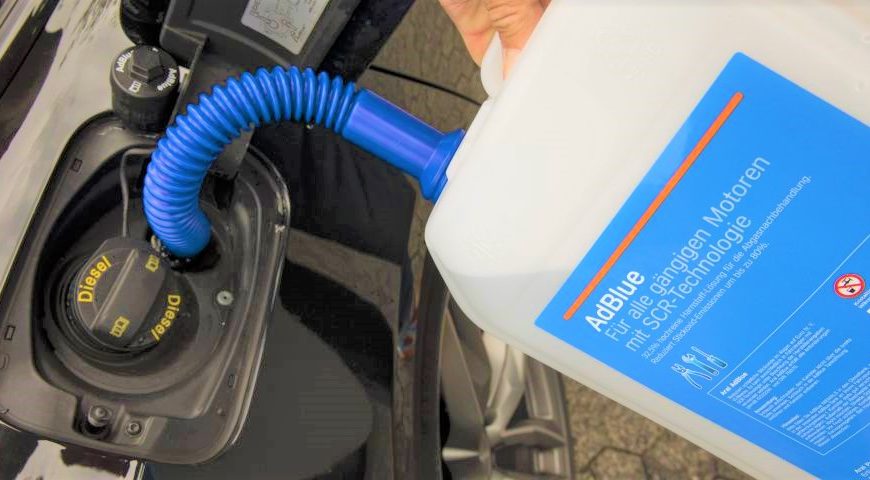 What is AdBlue and do you need it?

AdBlue, also known as Diesel Exhaust Fluid, is actually a colourless liquid that is composed of 67.5% distilled water and 32.5% high grade chemically produced carbamide solution. Contrary to popular belief, it’s not made of animal urine, it just has some of the same chemical components.

AdBlue works in conjunction with a treatment system known as Selective Catalytic Reduction (SCR) and is used by a growing number of car makers to meet the increasingly stringent environmental regulations.

AdBlue is injected into the exhaust system just ahead of the catalytic converter to help reduce the harmful exhaust emissions, nitrogen oxide and nitrogen dioxide (NOx). If you have a new Euro 6 diesel car (the tightest level of NOx limits), registered after September 2015, the likelihood is that it uses AdBlue technology. These emissions not only pollute the air, causing smog and acid rain, but can also cause respiratory and breathing problems in vulnerable people.

There are many ways to know if your car uses AdBlue and it would be advisable to find out well before the warning light comes up on the dash. This is because most diesel drivers will need to top up their AdBlue at least once between services, particularly if you’re a high mileage motorist. What a lot of people don’t realise is that when you run out of AdBlue the vehicle will not simply belch out more harmful gases, it will either lose power and revert to ‘limp home’ mode or it simply won’t start.

Sometimes there is a clue in the vehicle model name which may have ‘blue’ or ‘SCR’ in it. AdBlue is stored in its own separate tank so you could look for the blue filler cap which is normally located either next to your fuel filler cap, in the boot or under the bonnet. If in doubt you can always check your vehicle manual or ask your local garage for advice.

As with all new technology there is a learning curve and although the process may seem simple it’s best not to get complacent. No one ever thinks that they will put diesel in a petrol car or vice versa but it can happen – so here are some simple do’s and don’ts when it comes to topping up AdBlue.

Only use AdBlue from AdBlue licensees and always look for the trademark on sealed containers.

Protect AdBlue against any contamination of fuel, oil, water, dust, dirt, metals or detergent by using only sealed equipment.

Only use dedicated AdBlue equipment for storage and dispensing.

Store AdBlue below 30ºC to maintain the shelf life of 12 months.

Store AdBlue above -11ºC in order to keep the product in liquid form.

Don’t use AdBlue from non-authorised suppliers, or use a product claiming to be AdBlue but calling itself “urea solution”. It is highly likely to be an inferior product that can cause damage to the system.

Don’t use AdBlue as a diesel additive – it is an exhaust fluid. If put in the fuel tank it can cause expensive damage to your vehicle.

If your vehicle uses AdBlue don’t try to operate the vehicle without it – you will lose power or just not start.

Don’t use fuel or lubricant equipment, or any other jugs, buckets, funnels or non-dedicated equipment to dispense your AdBlue.

Here at MBS we know everything you need to know about AdBlue, so if in doubt feel free to pop in and have a chat with us.

Book your appointment now and get $5 discount.